Learn About Our Renal Care Physicians and Nurses

Dr. Seek earned his medical degree and performed his residencies within the University of North Carolina Department of Medicine at Chapel Hill. By 1986 he had earned board certifications in both Internal Medicine and Nephrology while practicing at the North Carolina Memorial Hospital. He joined the Ocala Critical Care and Kidney Group, and has been in private practice in our community since 1987. The National Kidney Association of Florida honored Dr. Seek in 2000 with the Exemplary Practice Award. He currently serves as the Medical Director for the DaVita Home Division Dialysis Center (Peritoneal Dialysis and Home Hemodialysis programs) here in Ocala, and as a Group Medical Director for DaVita in the Southeast.

Dr. Seek’s work in the community is wide ranging – he has held leadership positions with Munroe Regional Medical Center, the Central Florida YMCA, and other groups, as well as being a visionary for better utilization of communications and technology to improve medical care in Ocala. He and his wife rode in the 2013 “Tour DaVita” bicycling event in South Carolina. 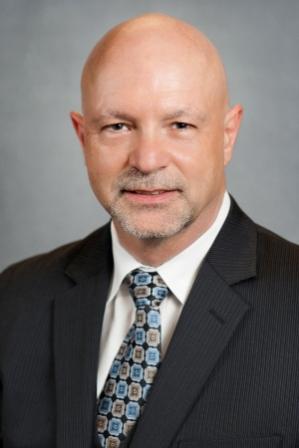 Dr. Locay was the first of our physicians to come out of a nephrology fellowship at the University of Miami School of Medicine, and joined Ocala Kidney Group in 1994. He is a leader in the local medical community, and has at various times served as Chief of Staff, Chief of Medicine and in other roles at Munroe Regional Medical Center. In addition, he was instrumental in forming Ocala Kidney Group’s research arm, Discovery Medical Research. Dr. Locay is Board Certified in Nephrology and Internal Medicine, and serves as the Medical Director for the DaVita Ocala East Hemodialysis Unit.

Dr. Locay’s wife and family are all very active in the community, and have with their church done a number of mission trips to Central America
over the years. 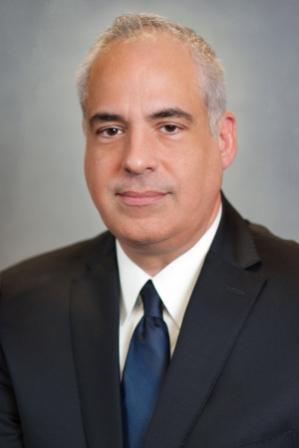 Dr. Suresh has been with the Ocala Kidney Group since 1998, and is widely acknowledged as one of the most conscientious and focused patient advocates practicing in Ocala. In addition to Nephrology, he has maintained his Board Certification in Critical Care Medicine, and is regularly called to the hospital ICU to consult on the communities most challenging and fragile patients. He also serves as the Medical Director for the DaVita Ocala West Hemodialysis Unit.

Dr. Suresh and his wife have lived in Ocala since 1998, and their two daughters are academic stars in the International Baccalaureate program, as well as having been active in a number of productions at the Ocala Civic Theatre over the years. 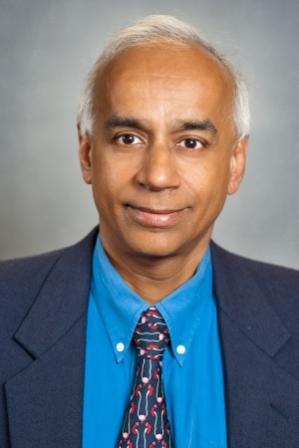 After medical school in Lagos, Nigeria, Dr. Nwakoby returned to his roots in New York City for Residency and Nephrology Fellowship at the Albert Einstein College of Medicine in The Bronx. He was regularly at the top of his academic classes, and was Intern of the Year and Chief Medical Resident in those respective programs. He could have joined any nephrology practice in the country, and chose to come to the Ocala Kidney Group in 2002. He has been a consistent advocate for the nephrology patients in Marion County, is loved by his patients, and tremendously well regarded in the Ocala Medical Community. Dr. Nwakoby is Board Certified in both Internal Medicine and Nephrology, and serves as the Medical Director for the DaVita Ocala North Hemodialysis Unit.

Dr. Nwakoby and his wife have lived in Ocala since 2002. Their son and daughter are both on their way to academic achievement of their own in the magnet schools here in the community. 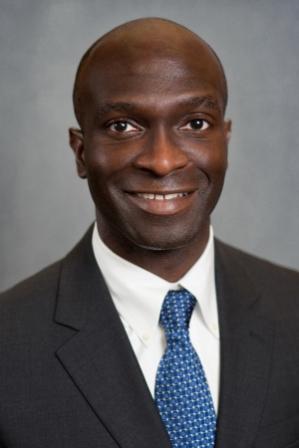 Dr. Rogers’ academic career included medical school at the University of Connecticut School of Medicine. He completed an Internal Medicine Residency at Baystate Medical Center in Springfield, MA, and a Nephrology fellowship at the University of Miami. He joined the Ocala Kidney Group in 2003, and in 2007 was able to become the first partner in the group to train to perform interventional procedures on patient dialysis vascular accesses. He has been entirely focused on this work since 2008, and performs the procedures in both of the Ocala Kidney Group locations where these procedures are performed – Leesburg, FL, as well as the Dialysis Vascular Access Center in Gainesville, FL. Dr. Rogers is nationally recognized as one of the most prolific and successful nephrologists performing these services in the country. He is Board Certified in Nephrology.

Dr. Rogers, his wife and two children have lived in Ocala since 2003. His extracurricular activities include running and weight training. He also enjoys coaching and watching his kids play soccer and, as well as following the sports programs of his alma mater, the University of Notre Dame. 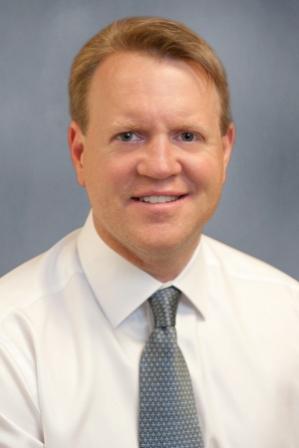 Dr. Vaghela left a post as an associate professor in the kidney transplantation department at the University of Florida to join Ocala Kidney Group in 2007. Board Certified in both Nephrology and Internal Medicine, he also has a sub-specialty area of concentration in kidney transplantation, which he attained through additional training throughout his medical career, and through a special additional fellowship he undertook at UCLA Medical Center. Throughout all his years of training and practice, though, his primary focus remains the care of his patients. Among the many academic achievements he attained over the years, he is perhaps most proud of the “Barbara Sloan Patient Comfort Award” achieved in his residency for outstanding compassion and care of patients. Dr. Vaghela is Board Certified in both Nephrology and Internal Medicine, and serves as the Medical Director for the DaVita Silver Springs Shores Hemodialysis Unit.

Dr. Vaghela, his wife, and two daughters have lived in Ocala since 2007. Dr. Vaghela is also active as the current Chief Medical Officer for Munroe Regional
Medical Center. 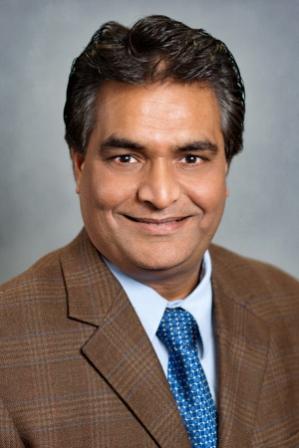 Dr. Kovalchuk gained automatic entry into medical school in his native Ukraine in recognition of his accomplishments as the most accomplished chemistry student in the entire country that year. This was typical of the honors awarded him in his subsequent academic career, which included residency at the Yale-affiliated Danbury Hospital, and nephrology fellowship at the Albert Einstein College of Medicine/Montefiore in the Bronx, NYC. He found time along the way to also earn a Masters of Public Health in Epidemiology and International Health from the University of Alabama at Birmingham. Dr. Kovalchuk is Board Certified in Internal Medicine and Nephrology, and has been with Ocala Kidney Group since 2009. He also serves as the Medical Director for the DaVita Acute (i.e. hospital inpatient) dialysis program.

Dr. Kovalchuk is an avid and accomplished tennis player; he and his wife have a young son and a daughter. 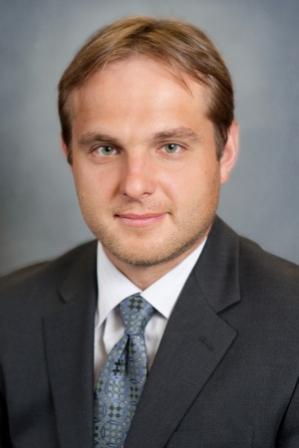 After medical school in India, Dr. Chitumalla was a resident at Michigan State University, followed by a nephrology fellowship at St. John Medical Center in Detroit, Michigan. Dr. Chitumalla is Board Certified in both Internal Medicine and Nephrology.

Michigan was important for Dr. Chitumalla; along with his medical degrees, he also met and married his wife there. They have lived in Ocala with their two young children since Dr. Chitumalla joined Ocala Kidney Group in 2011. 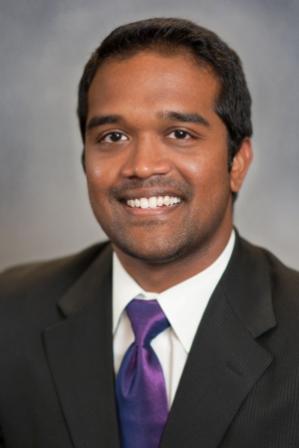 Dr. Saila Ventra studied Medicine, Surgery and Pediatrics in her native India before her Internal Medicine residency at the Aurora Health Care System in Milwaukee, Wisconsin. She then moved to Harvard’s prestigious Beth Israel Deaconess Medical Center for Nephrology Fellowship. She joined Ocala Kidney Group in 2011, and along with her husband and two young sons have settled right in to the Ocala community.

Dr. Ventra is Board Certified in both Internal Medicine and Nephrology. 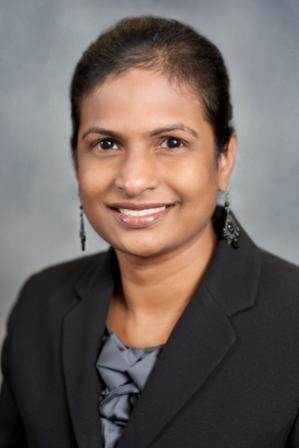 Dr. Rebecca Paras Ong studied medicine at University of Santo Tomas after graduating with honors in BS Biology at De La Salle University in the Philippines. She then proceeded to do her Internal Medicine Residency at St. Peter’s University Hospital in New Brunswick, NJ, where she was awarded Best Resident of the year when she graduated. She completed her Nephrology fellowship training at University of South Florida in Tampa, Fl and has moved to Ocala since 2015. Dr. Ong is board certified in Internal Medicine and Nephrology.

Dr. Ong’s clinical interests include evaluating patients with chronic kidney disease, managing hypertension and glomerular diseases. She remains competitive in her field by staying up to date with the latest researches or clinical trials in Nephrology presented in annual conferences.

Besides being a nephrologist, she holds a 4th dan blackbelt in taekwondo, and participates in regional and national taekwondo tournaments with husband and son, who are both blackbelters in taekwondo. 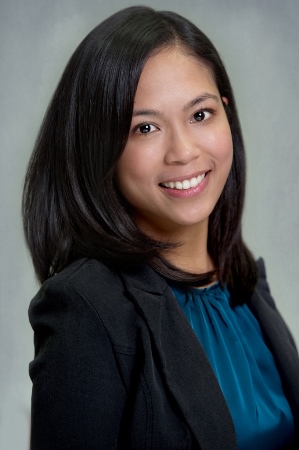 Dr. Nicoleta Radoianu is board certified in Internal Medicine and Nephrology. She studied medicine at Carol Davila University in Bucharest, Romania where she received merit-based scholarship. She completed her Internal Medicine Residency at St. Luke’s Hospital in Bethlehem, PA, and the Nephrology fellowship training at University of South Florida in Tampa, FL.

She has published articles in various fields of medicine and presented at many medical conferences.

Dr. Nicoleta is fluent in Spanish and English.  Dr. Radoianu lives now in Ocala with her husband and their two young children. 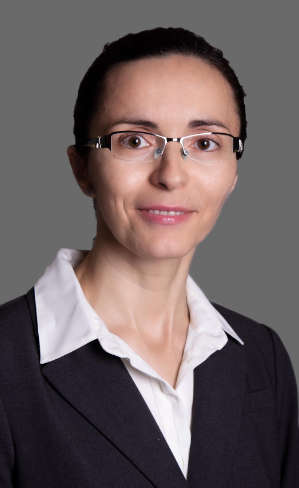 Robyn Brown is an Advanced Registered Nurse Practioner (ARNP) and earned her Master’s of Science in Nursing from the University of Central Florida in May of 2007. Prior to that she worked as an ICU nurse for 20 years, where she cultivated her professional relationship with the physicians at Ocala Kidney Group. She spent one year in family practice before joining Ocala Kidney Group full time in December of 2008.

Robyn works in collaboration with Dr. Seek and sees patients at all of the local hospitals as well as area dialysis units. She is a member of the American Nephrology Nurses Association and the National Kidney Foundation. Robyn is committed to providing exemplary and compassionate care to all of her patients. 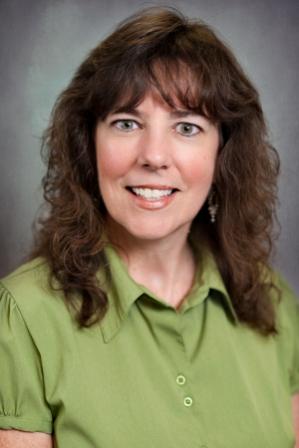 Philip Dankyi completed his Masters Degree in Nursing from the University of Florida in 1997, after having been honored with the “Exceptional Performance and Achievement by an International Student” award. The following year he achieved certification as a Nurse Practitioner and joined the Ocala Kidney Group where he has been a tremendous asset ever since. Philip conscientiously attends the annual National Kidney Foundation clinical meetings and other conferences to ensure he is bringing to bear in the freshest information available to the nephrology community. His practice at this time is in support of the patients of Doctors Nwakoby, Vaghela, and Kovalchuk. His pleasant demeanor and extensive experience are appreciated by both his patients and coworkers.

Philip and his wife reside here in Ocala, their sons are pursuing academic and professional careers in various places around the Southeast. 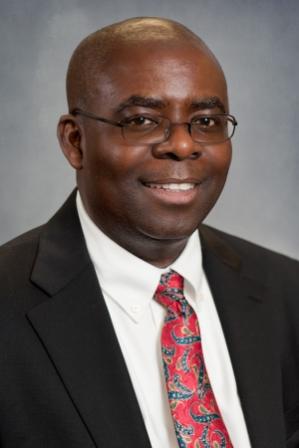